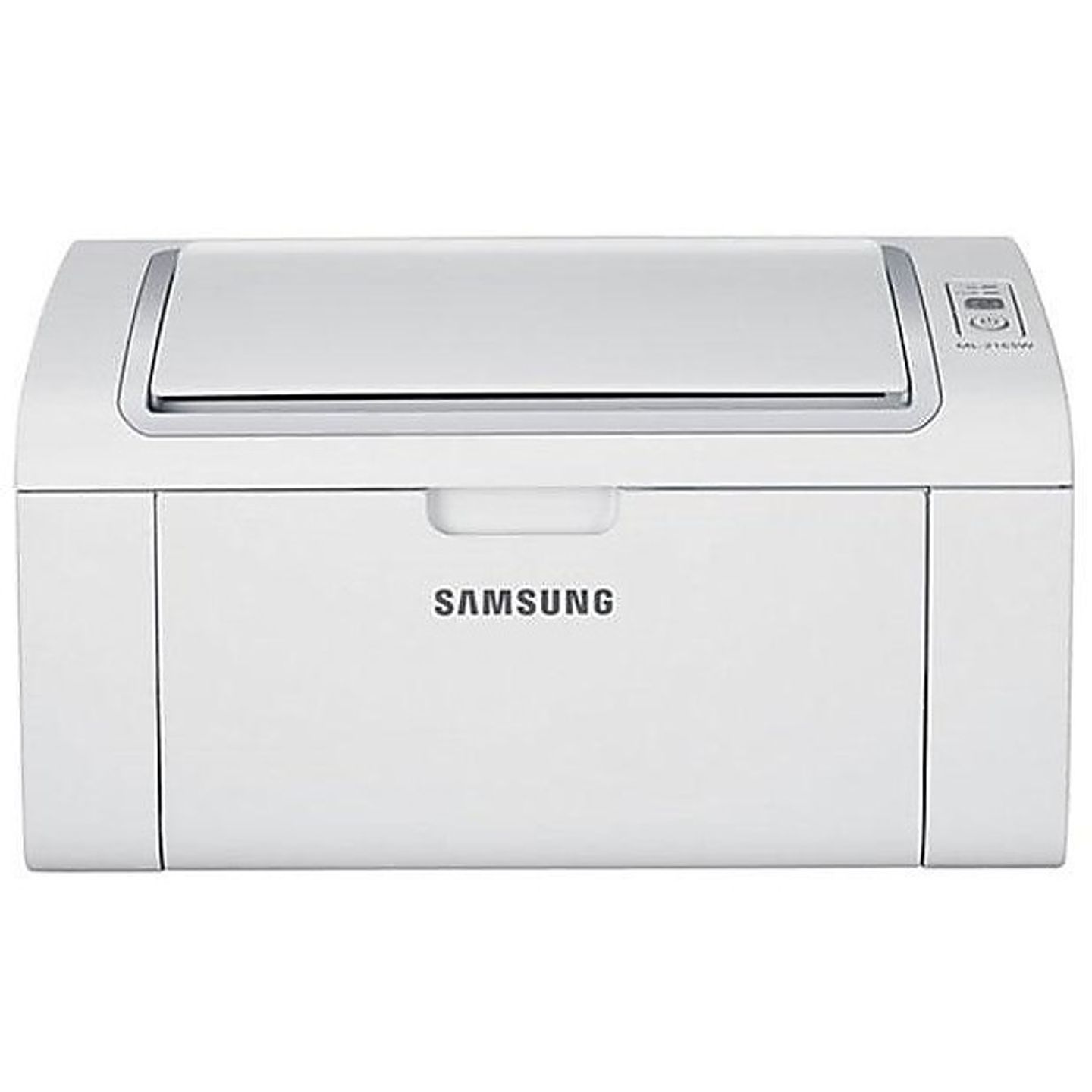 I bought this little piece of hardware centuries ago, a Samsung ML-2165w, and it had a lot of advantages for a home user like me:

So, it has a lot of nice things, but being that old there are also some disadvantages: official mac drivers do not work anymore and there's no support from Samsung/HP.

If you navigate to the printer's website (it's an HP website nowadays, because at the time HP bought the whole Samsung printers division) you'll find that the latest available driver is for Mac 10.15. We are - at the moment of this blog post - at Mac 12.4!

Another issue with this printer's driver is that the driver is unsigned. This means that on newer macs you'll get a lot of security warnings and you may think that the printer driver is not installing because of these issues.

No! The reccomended printer driver, simply, does not work.

Some years ago, however, Samsung issued a new driver called Samsung universal printer driver. It contains drivers for all samsung printers.

So here's the solution: 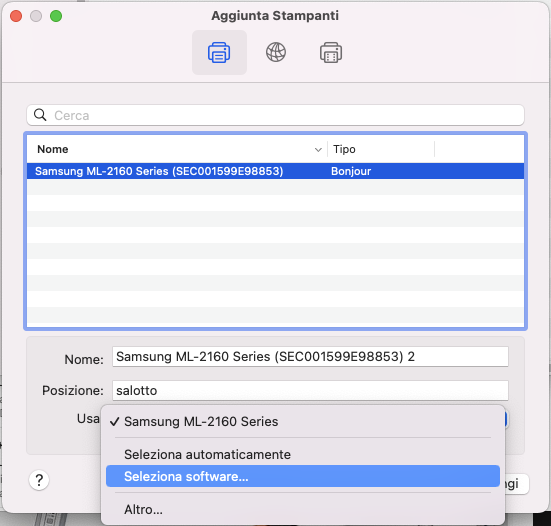 Sorry if my screenshots are in italian; however, you must select the driver from the list instead of using the proposed one. Why? The proposed one does't work! 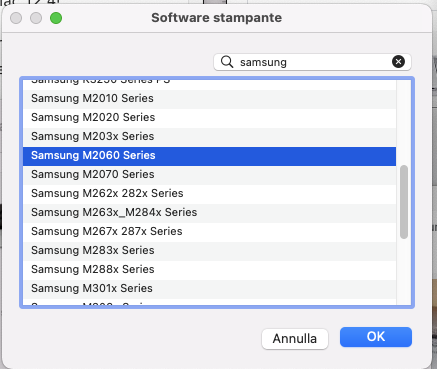 I made this article in the spirit of the first web - to help others that may be having my same issue. There's no ned to replace the printer if it still works. Don't fall into the consumism trap!