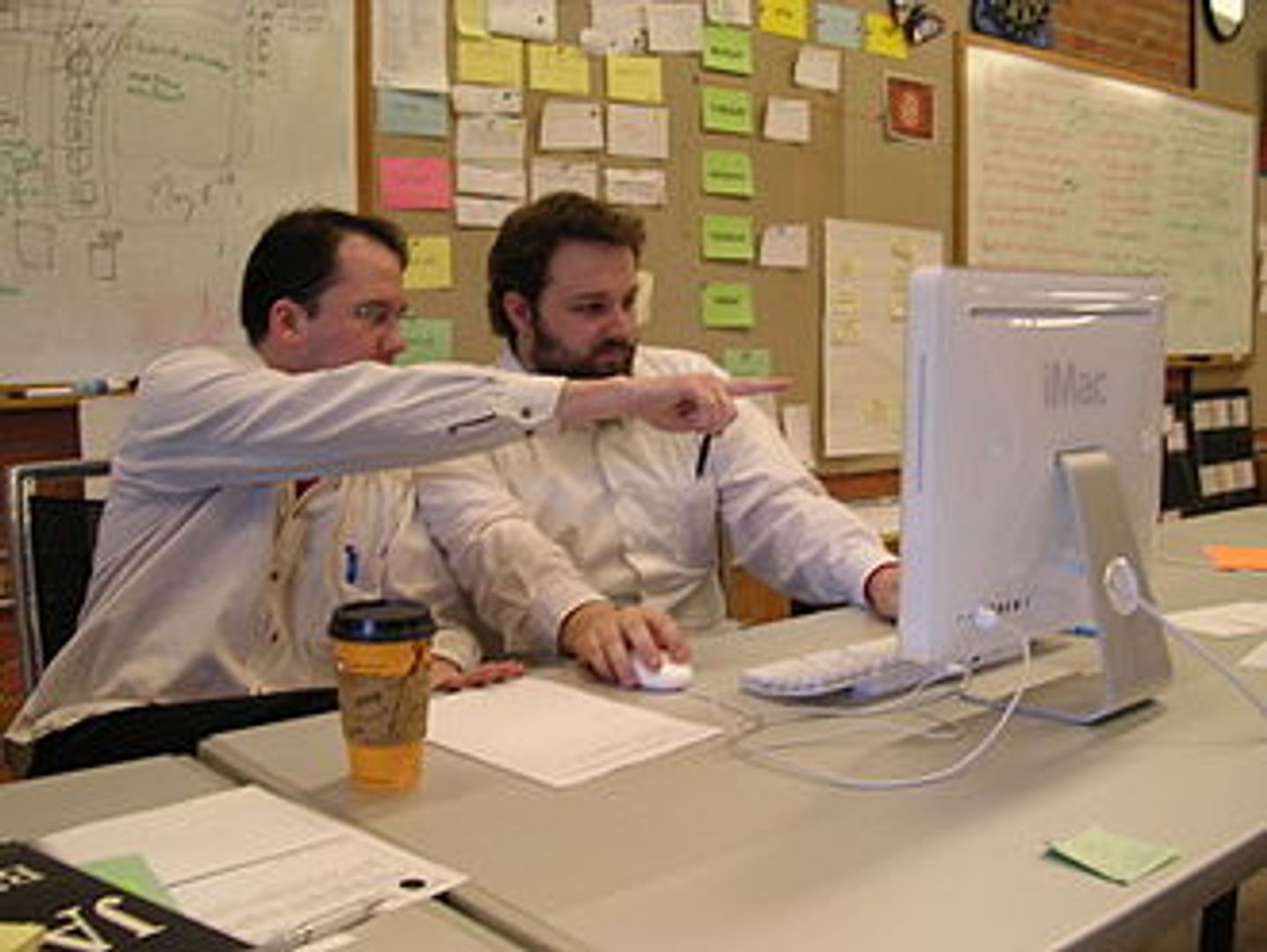 I attended a hackaton recently: an italian bank organizes an event every year for employees only, me and another programmer friend were invited by an employee to conribute to his idea.

Once we had defined the problem we wanted to solve, and defined who-does-what, we also decided that there was some space to actually implement the solution. While other team members worked on slides, number, charts, motivation, me and my friend did produce a web application that could be shown to the jury.

What happened during the 24 hours we worked on? We pair-programmed. Two people, one pc only.

What happens when you do pair programming

This was unexpected, but I felt good.

In conclusion, my experience has been great, I will probably do it again if necessary and I'd love to know any stories (either success or horror) about pair programming. The comment section is there for you!

And what about Merge (or Pull) Requests?

Since internet was born we saw the rise of thousands of programmers working distributedly to enhance complex projects. To enable this, new instruments were born too. Git and Github for example popularized a way to contribute to other repositories, called Pull Request, that basically consists in:

This process is totally asynchronous and it's the one I currently use at work, since my team is remote. At my job, the policy is that at least two people must review and approve the code before merging with the original project.

What are the advantages of this approach?

On the other side:

Is there space for a new programming model?

Pair programming is great for new hires, or when a new functionality has to be designed, etc.

Obviously pair programming is much easier when two people are in the same room, looking at the same monitor, but in 2019 there is plenty of tools that can help remote workers to achieve the same experience.

Pull Requests do their job, but I feel like the sum of two brains is much greater than two individual brains working alone, so we should - as an industry - find a way to merge the two things in a new process that may enhance productivity and quality of code.

In a PR-only world, we leave the knowledge sharing to documentation, that is obviously important, but we're left to the willing of the programmer to properly document his choices, design points, etc. What if the programmer is not a great writer? Or lazy? Or did not have time to write it?